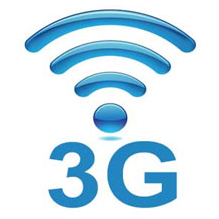 Good news for the Internet and smartphone users in Pakistan! Many people have been wondering and asking when 3G and 4G services will be up and running in Pakistan.

Now the wait is over as the PTA (Pakistan Telecommunication Authority) has issued it is “Information Memorandum (IM) for the Spectrum Auction of Next Generation Mobile Services in Pakistan”.

So what useful information we have is that the PTA has announced their Qualified Bidders for the 3G and 4G auctions. For now, it has been confirmed that Zong, Mobilink, Ufone, and Telenor have qualified for the auction. We know that the bid is over the 1800 MHz and 2100 MHz Spectrum (Bandwidth) and that the auction will be held on 23rd April 2014. Once the auction is complete and the winning parties pay the Spectrum Fees, the PTA has said they will grant licenses within 30 days.

Apart from this auction, the PTA is very keen on the Next Generation Mobile Service Award, which will be conducted soon after the auction procedure and for which they will provide the rollout obligations.

According to PTA, the rollout obligations will be associated with the 2100 MHz, 1800 MHz, and 850 MHz spectrum. The rollout obligation’s first phase of 9 months has the requirement that it should be covering at least five major cities, including provincial and Federal Capitals. The obligations make it clear the telecom providers must implement coverage in at least 20% of these cities.

The Major cities will include Karachi, Lahore, Islamabad, Quetta, Peshawar.

Each band will be released in four phases, each phase having requirements for implementation by the PTA.

“Licenses that obtain rights to use the allotted spectrum shall provide the quality of service defined in the License within the geographic areas and rollout schedule.” (said PTA)

In conclusion, according to the deadlines 3G should be implemented within the next year, at least in parts of Pakistan and the next couple of years will see it spread throughout the country. For now, all eyes are on the auction, which will take place on April 23rd and all the leading network companies of Pakistan are looking forward to the big day. We are too as we look forward to a more connected Pakistan.

Stay connected with Grappetite and have fun.